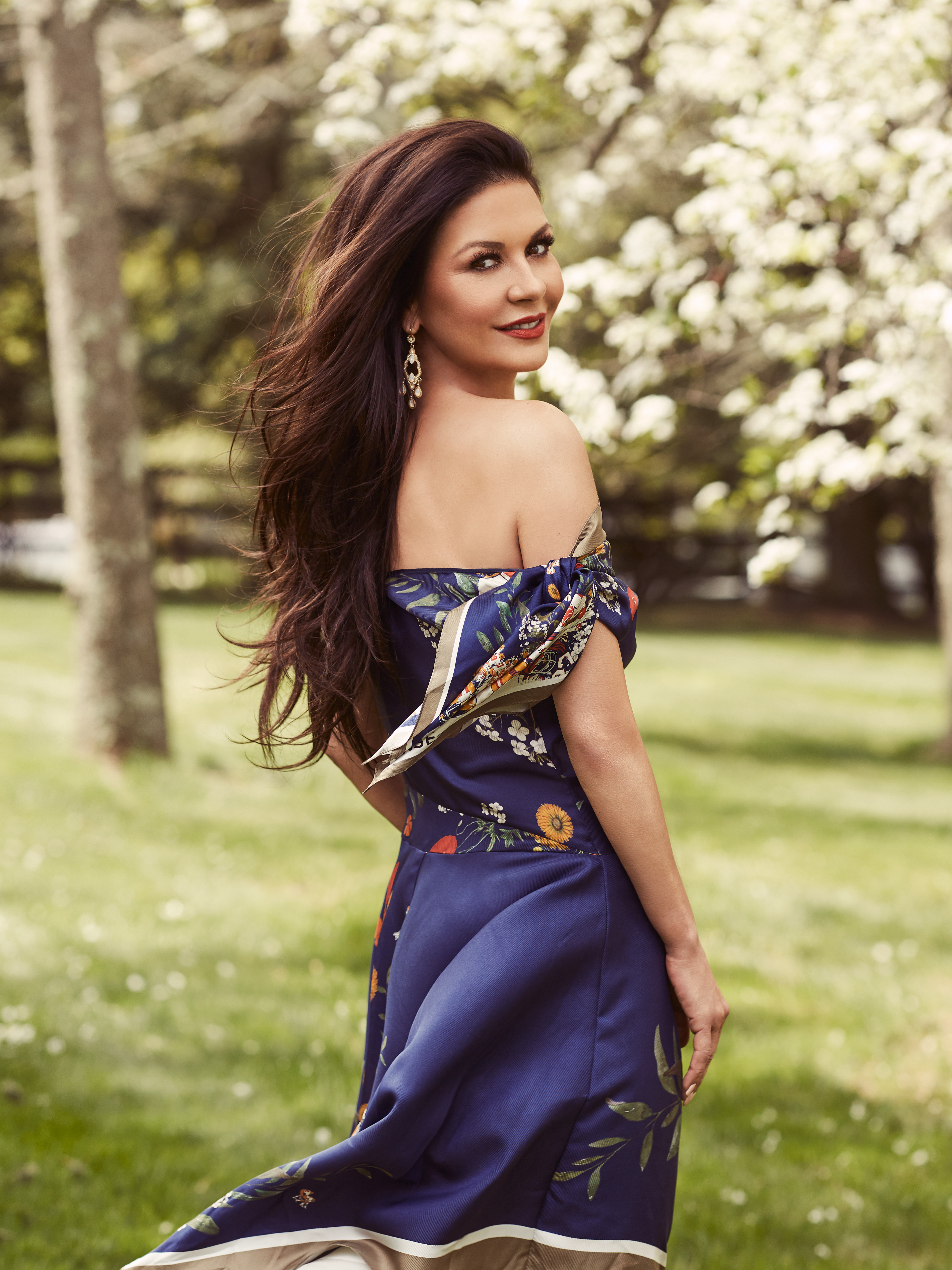 Catherine Zeta-Jones is a multi-award winning actress whose talents range from film to theater. She garnered an Academy Award for her portrayal of the scandalous Velma Kelly, in the screen adaptation of the Broadway musical “Chicago.” Catherine was also nominated for a Golden Globe and took home the Critics’ Choice Award, a Screen Actors Guild Award and the BAFTA Award for Best Supporting Actress for her performance.

She won the Tony Award for Lead Actress in a Musical for her critically acclaimed Broadway debut as Desirée Armfeldt in Stephen Sondheim’s “A Little Night Music.”

Her other starring roles include, Steven Soderbergh’s “Ocean’s 12,” and Steven Spielberg’s “The Terminal,” opposite Tom Hanks. Catherine also starred with George Clooney in the Coen Brothers’ dark comedy “Intolerable Cruelty.” She earned a Golden Globe nomination for her portrayal, of the wife of a drug-runner, in Steven Soderbergh’s “Traffic.”

She first gained international recognition in the action adventure film “The Mask of Zorro,” opposite Antonio Banderas and Anthony Hopkins. She then captivated audiences in “Entrapment,” opposite screen legend Sean Connery.

Born in Wales, Catherine began her career on the stage in London and following that was cast in the popular Yorkshire Television series, “The Darling Buds of May,” based on the novels of H.E. Bates.

In 2010, she was awarded a Commander of the British Empire (CBE) in the Queen’s Birthday Honours List for her services to the film industry and charity.

She is married to Michael Douglas. They have a son, Dylan, and a daughter, Carys.